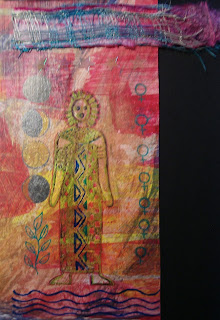 There have been quite a few new pages for the skinny book swap - I am nearly done! This swap proved to be so much fun.
Posted by Angelika Westermann at 18:25 1 comment: 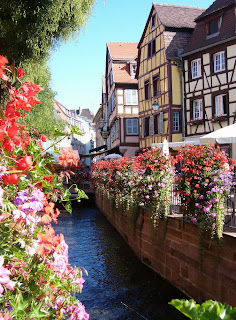 It is already a week since we returned from our short trip to l'Alsace. The weather was splendid, in fact so splendid that after having been to all expositions in St. Marie aux Mines we decided to let it go at that and instead the other day visited Ribeauville, Colmar and a beautiful Burg in the vicinity before heading home.
Posted by Angelika Westermann at 15:57 No comments: 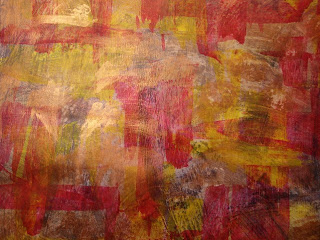 This time when I started to make a new background it went horribly wrong. I had wanted to create a moody, mostly blue-green page, but both the colors and the way I tried to mix them were decidedly not what I had intended. I ended up with a background that was way too dark and much murkier than I liked. I rememberd just before I started fuming and tearing my hair out that I could make it undone - just squish some gesso ono the mess and bingo! you have a practically new page to start from. After that I mainly played with yellow and red and later on did a few dry brushstrokes with white before adding a little metallic touch. It was not what I had intended, however, I like the outcome quite a lot.
Posted by Angelika Westermann at 16:57 No comments: 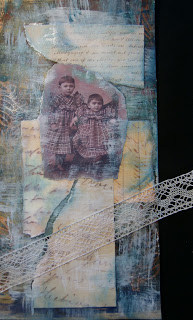 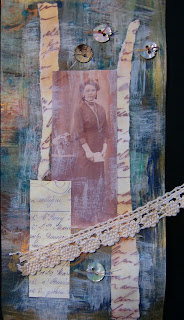 Posted by Angelika Westermann at 14:56 No comments: 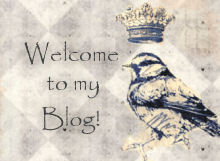 Angelika Westermann
I am a textile artist creating mainly art quilts and dabbling in mixed media technique. Besides I am mother of three adorable grown up kids and happily married to a mathematician. My Chinese sign of the zodiac is the dragon, hence the name dragonquilts for this blog.